My fan is not working as intended, is it faulty? Print

My fan doesn’t spin when I start up the PC, is it faulty?

If you've connected the fan directly (or using the supplied Low-Noise or Ultra-Low-Noise-Adaptors) to your motherboard, it's possible that the motherboard's automatic fan controller doesn't provide the required starting voltage due to the low CPU temperature. Please verify whether the fan starts spinning at higher CPU temperatures, remove any Low-Noise or Ultra-Low-Noise Adaptors or deactivate your motherboard's automatic fan controller in the BIOS.

I get a CPU fan error although the fan is running, is it faulty?

Some motherboards display a CPU fan error when the fan speed falls below a certain threshold, e.g. 900rpm. If you want to run the fan below this speed (e.g. using the supplied U.L.N.A.), please adjust the threshold in the BIOS or disable CPU fan error warning.

My Noctua PWM fan starts to spin when the PC boots but then stops, is it faulty? 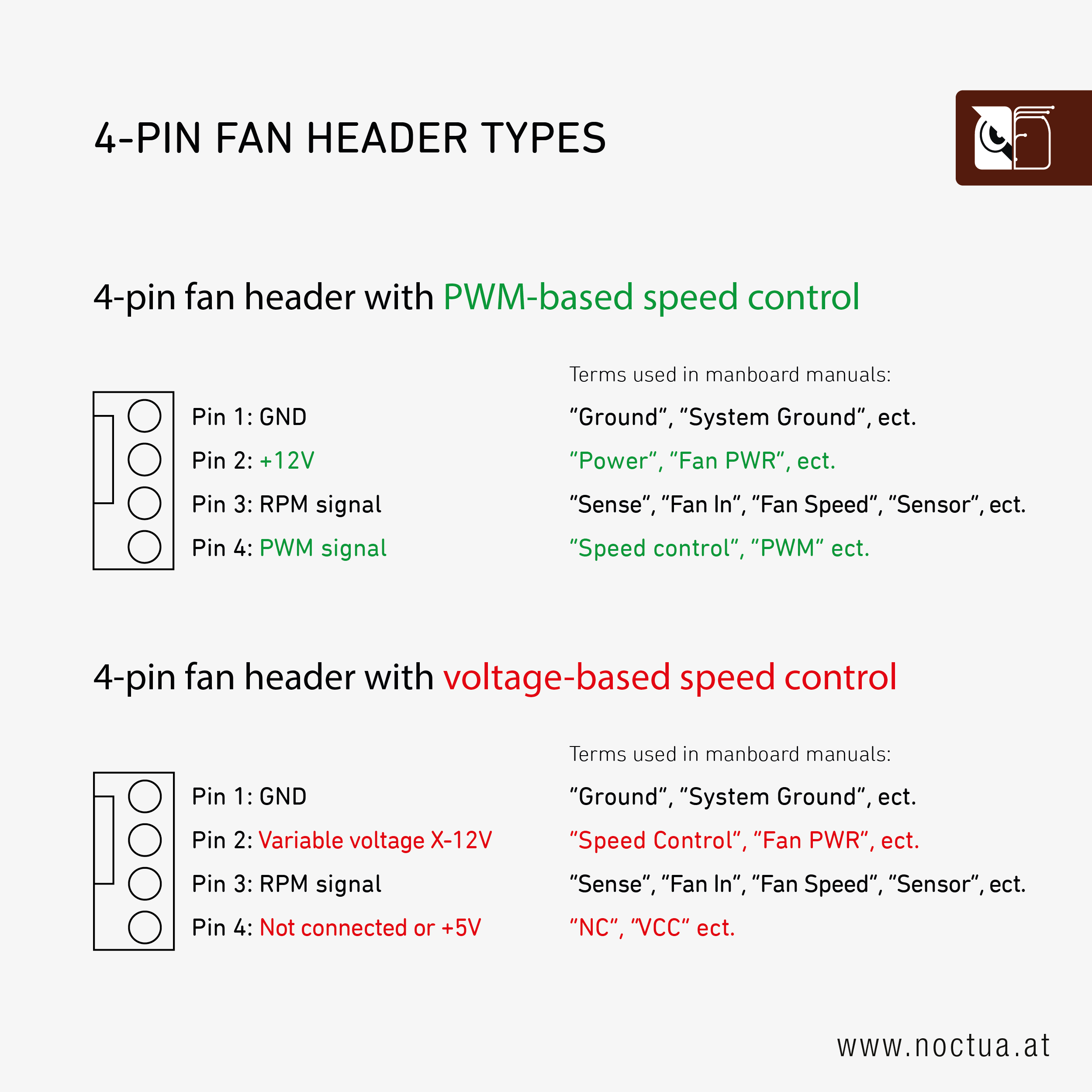 I'm experiencing fan speed issues with my motherboard from Supermicro, what can I do?The BIOS of many motherboard models from Supermicro expects a certain minimum fan speed (usually 600 or 700rpm), which is higher than the minimum fan speed that can be achieved with Noctua's PWM fan models. The BIOS may interpret the low minimum RPM of Noctua fans as a fan error and thus try to run the fan at 100% for a short period before going back to automatic control. This can result in oscillating fan speeds and fan speed warnings in the BIOS or the fan management console.

Unfortunately, there is usually no option to set a lower minimum value in the BIOS that would suit the low minimum speed of Noctua PWM fans. The issue can thus only be resolved by either disabling automatic fan speed control in BIOS, which will cause the fans to run at a constant speed, by using 3rd party tools like IPMItool orIPMIutil, or by requesting a modified BIOS file from Supermicro, which takes the minimum fan speed of Noctua fans into account (charges might apply). Please note that any modifications performed with 3rd party tools are done at your own risk and that Noctua cannot be held responsible for any possible issues